So after my GREAT trip to the Great Wall, I had a bit more time but not enough to get myself to the Ming Tombs. Dammit. (TIP!) Remember, Badaling is near the Ming Tombs but Mutianyu is not! 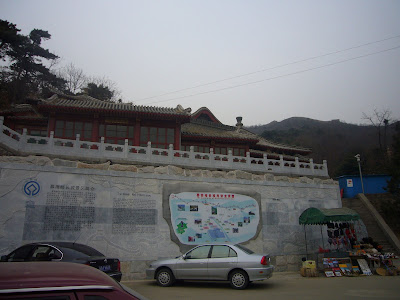 I asked the taxi driver to take me to another nearby attraction called Hong Luo Temple. Hong Luo means Red Snail. So the temple is actually called Red Snail Temple. I don’t know how true this is, but legend has it that two giant red snails lived on the hill behind this temple. The snails emitted strange lights at night and were thus worshipped by local villagers. Hence, the mountain was renamed Red Snail Hill and the temple, Red Snail Temple. Now, the temple has become a scenic spot open to the public. 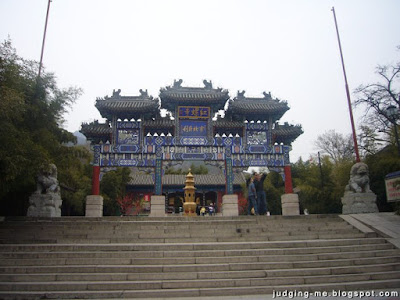 Entrance to the Hong Luo Si.

I hate visiting temples only because I think temples are sacred grounds and should really only allow people who believe in that faith or at least is willing to believe to enter. But since I was in the area, I went anyway. 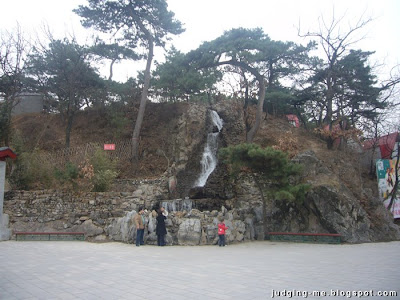 By the time I was there, it was quite late already and they’re closing in about 1 hour or so. So I did a quick walk around. 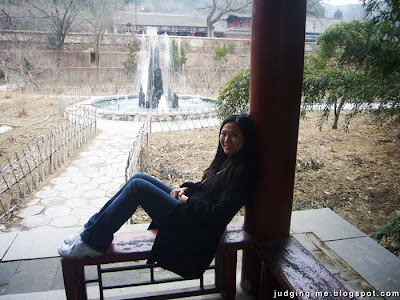 Another “villa” out of nowhere! Haha! See, because it’s early spring, the grass is still “dead-looking”!
:( 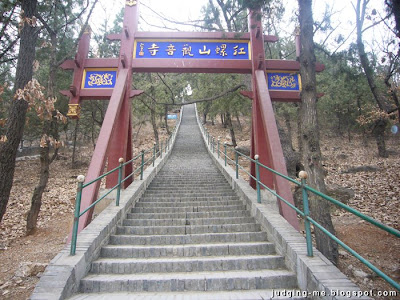 There is this very very big Guan Yin temple up these stairs. Nope. I didn’t climb those stairs. I just about had enough of steps for the day. But to those who would be visiting this place, and you still have energy, please do go to the top! And there is even a Toboggan on your way down, so only worry about climbing up! The Toboggan looked close when I was there – so no way was I going up and down. Not when I was real tired already.

This park is damn big but I think I was most uncomfortable amidst the 500 statues of the Luo Han (I know what you’re thinking, no it’s not that fish with the oversized head) which also means saints that were guardians of the Great Buddha. I mean, the whole park was densly forested, and there was nobody in sight most of the time! When I did see someone, I felt SO much better.

All in all, you can tell, I’m not overly enthusiastic about temples, with due respect. For those who love visiting temples and learning more about the religion, then this is a great place to visit. The views are said to be breathtaking in mid-Spring when the flowers are all in full bloom. If I had more time, I would have climbed the enormous stairs to the top. I believe the view would have been amazing. Too bad I was overly enthusiastic and hyper at the Great Wall, and left little energy for this.

Later on, dinner was at this western restaurant called Jing Pin and it was good! I’m leaving all my food entries for another day! :D

Tip: Hong Luo Temple closes really early, like at 6pm, so go early! Entrance Fee is RMB50 per person. The Toboggan ride is RMB25 each.