As so first told to me by Andrea.

You know at first when Andrea told me she’s going Rome with Baby Ak, I thought of Rome as a destination I’ll never go. Simply because it’s in Europe and it’s really far away. I’ll never have the money. I’ll never find the time. I’ll never etc etc etc. I was of course, full of envy but happy that they found the opportunity to go.
I’m so glad the chance of a lifetime came later on for me and everything worked out nicely.
So one day this year on the 7th May (Day 10 of my Europe Trip), I spent Wednesday morning with the Pope of the Vatican City.
Did you know? The Vatican City is like a small country on it’s own. It is the smallest independent state in the world by both population (only 800) and area. They have their own newspapers, radio station, military, police, law structure, stamps, bank and coin! And yes, it’s all within a small area within Rome. 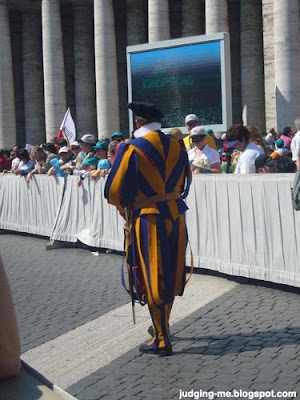 Own guard… no not clown. Hey they may have the funniest costumes, erm, uniforms in the world but they are highly trained in martial arts – deadly!

The Renaissance-style uniform weighs 8 pounds, and may be the heaviest uniform in use by any standing army today. They are also the most complicated to construct, one uniform takes 32 hours to complete. 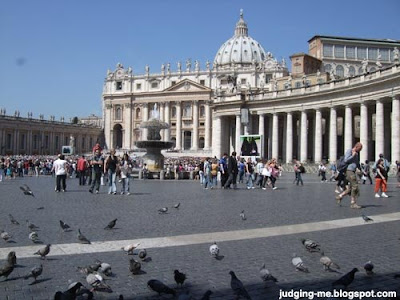 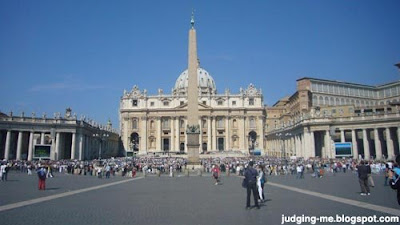 St Peter’s Square – St Peter’s Basilica in front of Obelisk from the Circus of Nero. 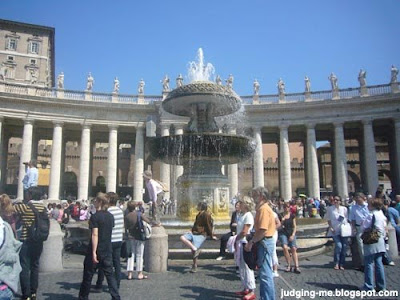 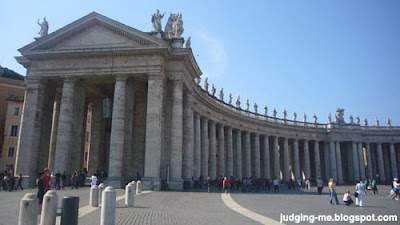 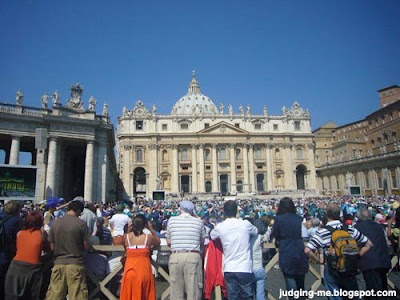 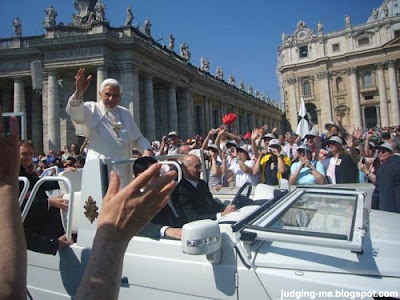 The Pope conducts an audience to all who are present every Wednesday. I’m sorry but it kinda seemed like he’s a pop star as he swings by in his car waving to the throngs of people eager to grasp a glimpse of him. After that he does a little song followed by several people talking. I’m not too sure what they were talking about. It was a BLOODY hot day and there were so many people crowded right in front to hear what they were saying!
I was eager to meet my tour guide to begin my Vatican City tour – story for another time.
Oh yes last but not least, food! Breakfast this day at Rome was Chicken Ham and Cheesy Pizza. Very nice. :D I love the Cheesy but the Chicken Ham, although very yummy as well, had a sliced potato base which was kinda dry. 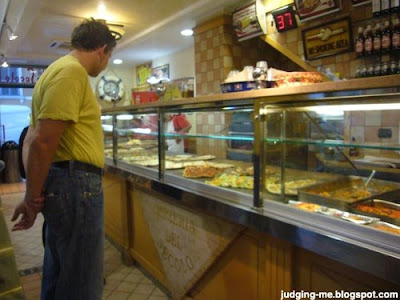 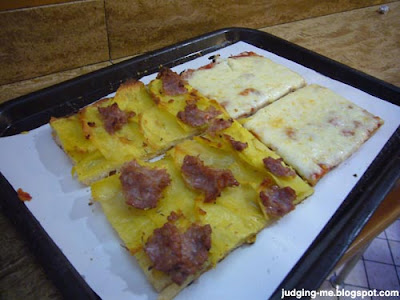