Home » Sponsored Video: Do you think you can change destiny?

Do you believe your future is pre-destined? Or do you think you can #changedestiny?

In a recent survey, SK-II found that more than two-thirds of women subscribe to a predestined life. This means these women surrender control over their lives to be restricted by societal expectations and essentially limiting their true potential. 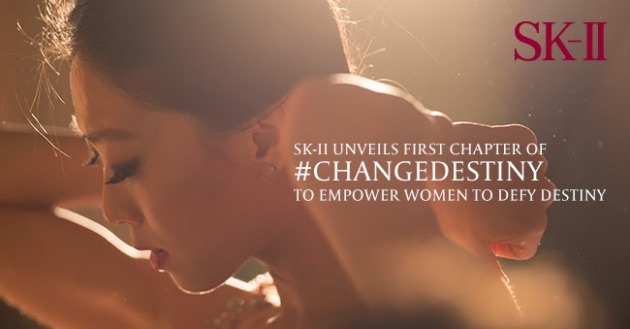 Let me share with you a personal story of mine.

At my first job, at a tender age of 19, I was hired as a advertising executive at a MNC advertising agency. It was the dream, except, it wasn’t.

After 3 months, my boss’s boss told me gently that I am not suitable for this role. Perhaps, I should go explore doing media sales instead.

I was devastated. But one of the nicer boss (I was reporting to 2 bosses) I had took me out for lunch and told me…

“Don’t let others tell you what you can or can not be. Go be whatever you want to be.”

10 years later, I’m where my (then) boss was, teaching the younger kids the ropes of this industry.

As a firm supporter of women’s empowerment through the decades, SK-II wishes to push forward a bold movement of change with the creation of a manifesto to embody the meaning of #ChangeDestiny. The manifesto launches with a film created in collaboration with actress Tang Wei.

Stay tuned to Tang Wei’s story this July 15th. The #ChangeDestiny movement is about to begin!

This post is brought to you in partnership with SK-II Singapore.