Home » My Dedication to Yoga 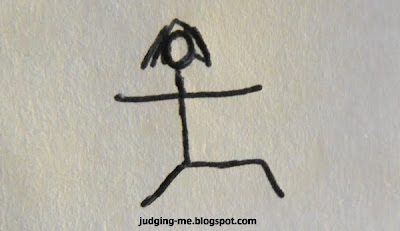 Yoga is a wonderful form of exercise. Yoga has been my main (read: only) form of exercise for the past 4 years. It trains you mentally, physically and emotionally. In these 4 years, I have definitely come a long way in terms of flexibility, strength and endurance. My favourite class has to be Hatha Multilevel taught by Instructor, Yogi at Ocean Towers’ True Yoga.

To those of you who think yoga is too slow for you, think again! I just went to Bikram Yoga the other day. Bikram is a series of postures performed in a room heated to 37 degrees (think: sauna) for a period of 90 mins and is taught military-style by a instructor.

Gosh I was sweating like nobody’s business. The sweat just kept dripping off my nose and into my eyes! It was like a super shiok feeling and you feel really good about yourself after that. It is during the exercise that is killing! As if the heat is not bad enough, you’re doing things that even under normal temperatures would make you sweat. Of course, there’s the funky smelling people you occasionally are stuck as neighbours. :/

The instructor and a few other more-confident (read: fit) men in the class would tend to be dressed in swimming-truck-lookalike-pants. Erm. Only wearing that.

At my first visit, I had a pleasant surprise. Haha!! Surprise because when I spoke with the instructor prior to going into the class, he was wearing a tee-shirt and shorts…!! It was after the class started that then… woah…………LOL. Pleasant becuase the male instructor is quite cute and he did have a good body. My second class wasn’t that good becuase, well, it was a caucasian with a lot of body hair.

It was shiok I tell you – the way my body felt after the class. But I think I would only go once a while. Bikram is too tiring!! Hahaha

Vinyasa is another form of yoga that makes me perspire in buckets as well. This is performed in an air-conditioned room, so just imagine how tough it is if it makes me drip droplets of sweat in the middle of my chest and down my forehead. 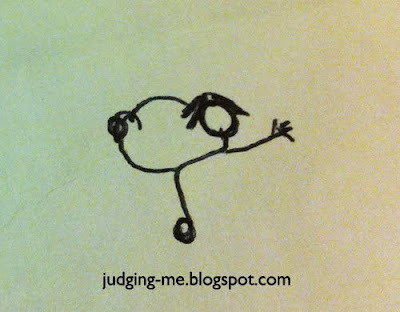 Getting into a pose and holding it is no small feat. And I just love the challenge of doing just that. Never mind the quivering of the muscles. Never mind the sweat rolling down and making it extremely uncomfortable. Never even mind my stupid hair which sticks to my body in the most irritating way. I could go on and on forever! (Well, not literally, but you get the idea!)

But above all, what keeps me going on everyday in my pursuit of better flexibility and increased strength is the little milestones I set for myself.

There are just too many poses and each with varying degrees of difficulty. I can only select those that I like and push myself to achieve it. Slowly. But surely. And besides, Yoga, like any other exercise, is a lifetime commitment. I have a lifetime to conquer it all. :D

Have a great weekend ahead people!!