So finally with the morning’s drama behind us, we moved onward to the second half of the day’s itinerary.

To say I expected what we experienced would be a complete lie.

It was everything I did not expect. I HAD SO MUCH FUN!

First the junk stopped quite a distance from the shore. Duc (the guide) said we had to take a local water taxi over to shore because it was too shallow for the junk to anchor near shore.

What comes to your mind when one says “local water taxi“?

Surely, it’s nothing like a FRIGGIN’ tar-coated basket RIGHT?! 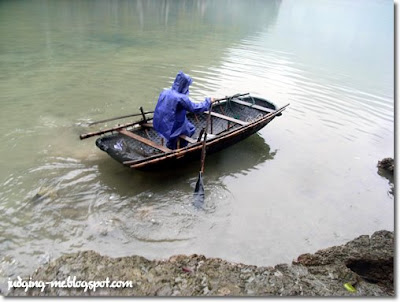 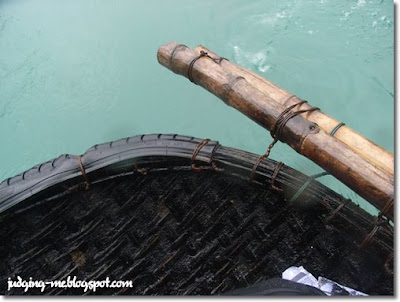 It was wobbly. It was small. It was wet. It was scary (hey there were loads of barnacles below ok!). 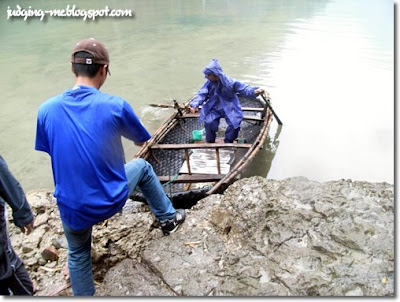 Truth to tell, we were in the mood for anything. So after the inital shock of it being a mere basket. We started picture taking – even though the distance to shore was like only 5 mins. 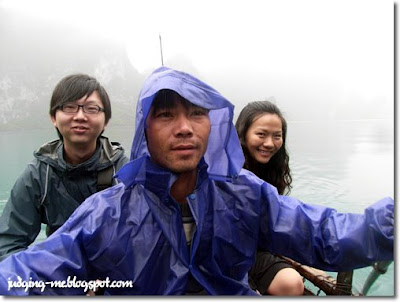 I really love this photo of Kerk and I, and, “water taxi driver/paddler”. His raincoat colour made my picture so cheerful! Hehehe.

When everyone was on shore, we started our journey.

I’ll let the pictures do the talking. 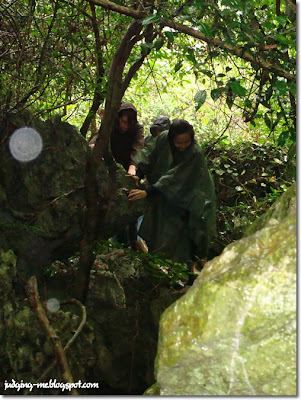 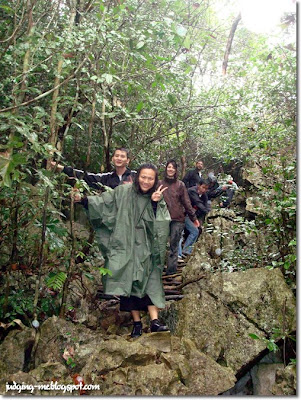 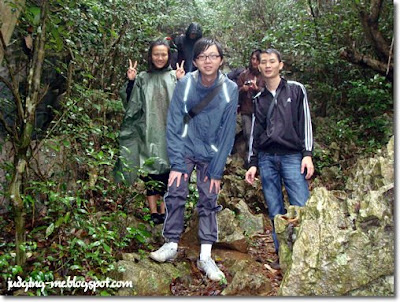 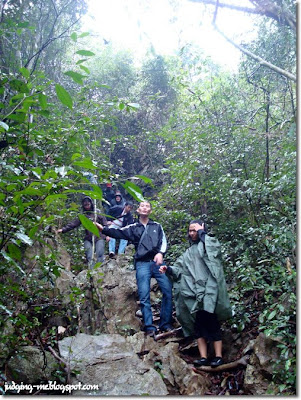 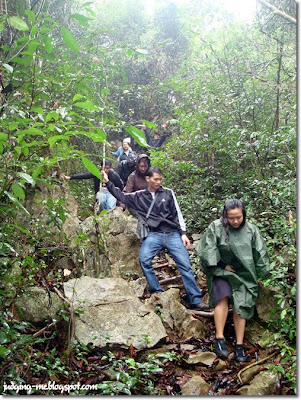 Check out how high we came from! 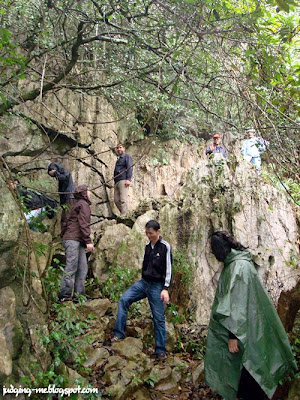 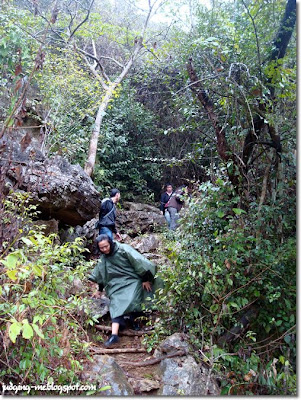 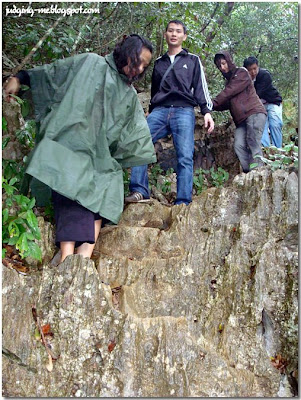 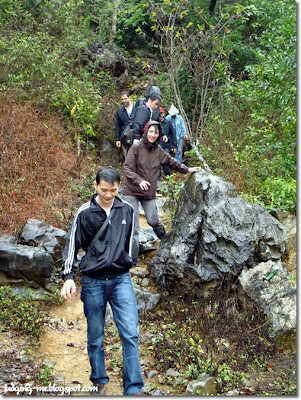 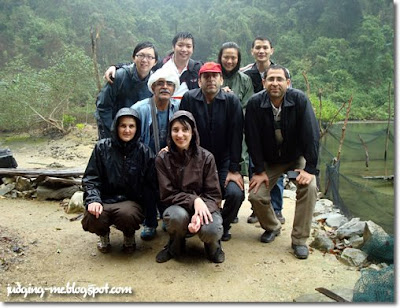 Notice the angle of ascend and descend. Note no handles except for tree branches. It was SUPER FUN!

Do note that it is very dangerous especially on that very day that we went when it rained the whole day, making every rock/mud/ground we stepped on, and every branch that we used for support, quite slippery.

And at the angle of ascend and descend we tackled, one slip could land you in more than just a troublesome situation! Everyone did take extra care with where they put their foot.

The whole hike till this point took 1.5 hours.

This last shot was where we thought was the END. So we took a “we made it” shot.

But Duc again told us happily that this is but the mid point. We were just done with the easier part. Now we have to climb the damn mountain again to get back to the other side of the beach. Nope, no roundabout way.

MAD FUN. Everyone MUST try this at least once in their lives!

And then we made our journey back. 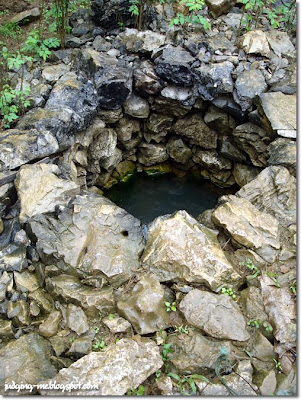 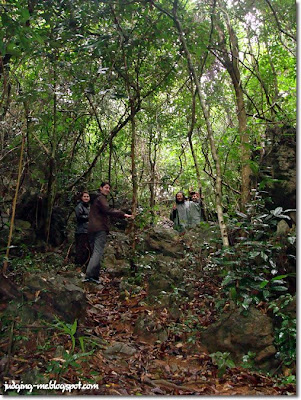 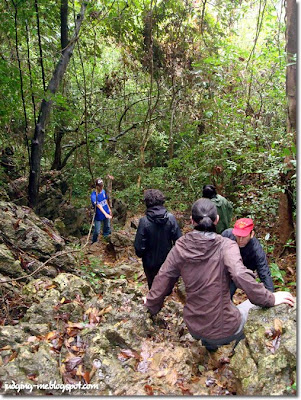 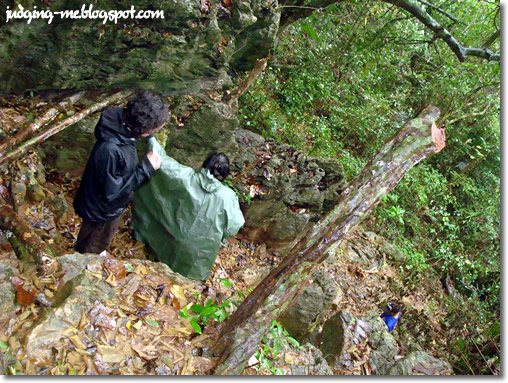 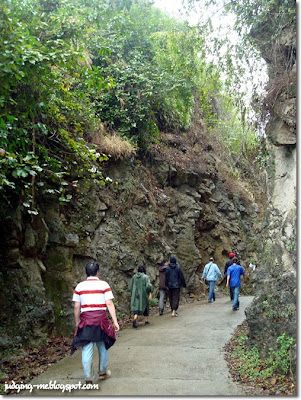 And finally, after another 1.5 hours we reached ground level. What Duc didn’t tell us is, we had to trek quite a fair bit more (though on properly paved roads) to get to the junk. DUH. 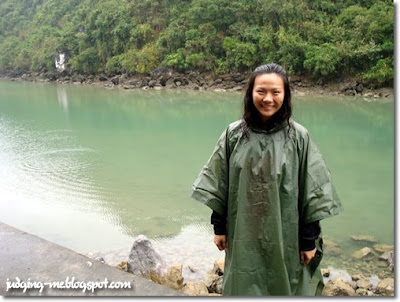 I so look like a surgeon right? Bo bian la, I had to keep my clothes from getting wet from the light drizzle. 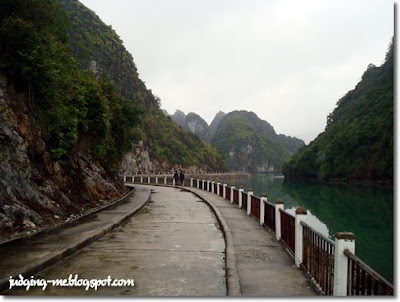 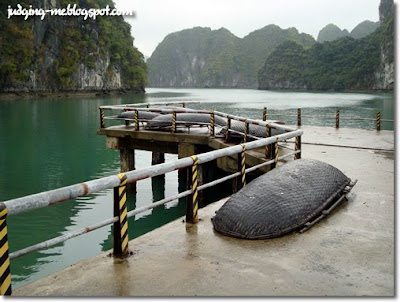 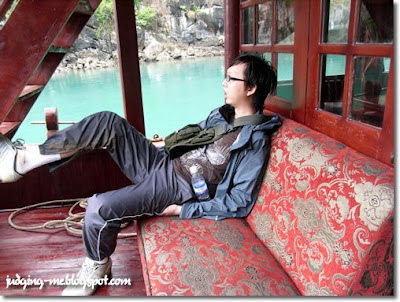 Kerk demostrates how tired we were.

Super fulfilling. It was now, that we started on our lunch for Day 3. What a LONG day eh!!

If you missed my earlier editions about my Hanoi Trip, you can click here for more! :)